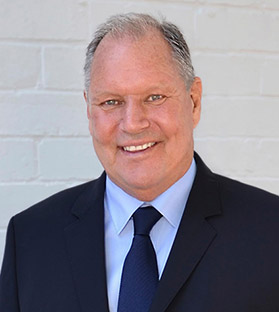 I am tremendously proud that Melbourne has just been named the World’s Most Liveable City for the sixth consecutive year.

Liveability and sustainability are intrinsically linked; I often say ‘you don’t get to be the most liveable city in the world without a strong focus on sustainability.’

So let me tell you a bit about what Melbourne does to mitigate and adapt to climate change.

Australia is the driest continent in the world and Melbourne is known for its extreme weather. Over 10 days in 2009 the temperature exceeded 104 degrees Fahrenheit culminating in a 116 degree day that we would refer to as ‘Black Saturday’.

One hundred and seventy three lives and 2029 homes were lost in the worst bushfire in our state’s history. That extreme weather event also caused irreparable damage to our trees: 40 per cent of them were in decline or dying.

As a City, we acted to protect and renew our urban forest, our green infrastructure. This was the genesis of the Urban Landscapes Adaptation Program. It was tasked with the goals of doubling our tree canopy cover, cooling our city by four degrees and retaining our precious water resource through stormwater harvesting.

This program continues to this day and has been an unprecedented success in helping to improve the liveability of our city.

In the last six years we have spent $60m (AUD) to plant 18,000 new trees to bring the value of our urban forest to $1 billion (AUD), converted 16,200m2 of asphalt into parkland, with a further 63,000 m2 currently undergoing conversion and capturing 25 per cent of the water we need to feed our parks, gardens and trees.

Every time we undertake a major urban design project, we think about how we can make that space more environmentally sustainable. For example, we are currently redeveloping Lincoln Square in Carlton, one of our city’s many open public spaces, and we have incorporated Australia’s first combined stormwater harvesting and flood mitigation tank to collect water and prevent against flooding in other areas of the CBD.

The $3 million underground tank which can hold two million litres of water sits at the top of a catchment and relies on new technology which allows water to either be released or retained depending on the weather conditions. This prevents stormwater collecting around Flinders Street Station which is located at the bottom of Elizabeth Street; a flood prone area because it was once a creek. Meanwhile, the Olympic swimming pool sized tank harvests water for use on Carlton’s picturesque gardens, including the World Heritage listed Carlton Gardens.

Other strategies we have in place to meet our strategic goal of being an Eco City includes the Zero Net Emissions Strategy, Total Watermark Strategy, Open Space Strategy, Urban Forest Strategy and Climate Change Adaptation Strategy.

Melbourne is a Smart City, as well as an Eco City, and we rely on our partnerships here and around the world to ensure we have access to the brightest minds and latest technologies to protect and enhance our sustainability.

We take great pride in our membership of C40 and find that it is a useful way for cities to share their experiences, projects and views. Cities are the closest levels of government to their people and I love that the C40 network encourages us to share, not hoard, the secrets to sustainability and liveability. Smaller scale projects which are measureable, scalable and transferable are always the best.

In 2013, Melbourne was selected as one of the first 33 cities to participate in the Rockefeller Foundation’s 100 Resilient Cities Centennial Challenge.

The City of Melbourne’s Chief Resilience Officer, funded through this initiative, started work at the City of Melbourne in December 2014 and has completed the Resilient Melbourne Plan. The Plan was developed in collaboration with municipalities in the Greater Melbourne area and our State Government and outlines practical measures to strengthen Melbourne’s ability to identify and manage shocks and social and economic stresses.

The Resilient Melbourne Strategy is the first time in our history that metropolitan councils have united on a project to ensure the sustainability, liveability and future prosperity of Melbourne.

In other recent developments, the City of Melbourne and University of Melbourne recently announced internationally recognised scholar, Professor Lars Coenen, as our inaugural Chair in Resilient Cities.

The two organisations will jointly fund the position over a five year period to help combine their expertise on improving resilience, enhance Melbourne’s role as a leader in knowledge based urban resilience, leverage opportunities to attract research funding and provide a new model for collaborative research.

We support local and international universities to expand knowledge of the adaptive capacity of green infrastructure. We are supporting PhD research at the University of Illinois to understand how our integrated water management approach can be applied by other cities. Additionally our urban forest work has been referenced in several academic peer reviewed publications in Australia and overseas.

Looking forward, we have commissioned the University of Melbourne to collaborate with us to develop what we call the Integrated Climate Adaptation Model (ICAM) for Melbourne. ICAM will provide a visual decision making platform for adaptation actions. Its aim is to understand the best approach to minimising flood impacts, drought and extreme heat vulnerability simultaneously through multi-purpose interventions.

In order to advance the business case for early adaptive interventions in the city, we are collaborating with IPCC AR5 lead author Prof Roger Jones to develop a Green Infrastructure Economic Framework to assess the economic benefits of green infrastructure.

In addition to this we are seeking to understand how the urban landscapes approach can be extended to the private realm and we are working with the city’s development community to create a new program.

By 2051, it’s expected that Melbourne will be Australia’s largest city with a population of 7.7 million people. To maintain our status as the world’s most liveable city, we must be smart about how we prepare for this growth as well as major shocks and stresses and climate change.

Email this page
2018-10-20
Previous Post: Health and human rights-centered drug policies: the essential role of International Geneva
Next Post: Remarks by His Majesty the Emperor at the State Banquet