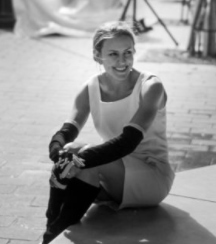 Last week, Nick Kristof nominated Syria as the world capital of human suffering. He has a point. It’s not just the direct consequences of war: the bombs, rockets, artillery, bullets and now gas rained down on the civilian population. The Assad regime is also deliberately targeting the people, facilities and services that previously delivered health care to the citizens of Syria, and which, if restored, could even now considerably reduce that suffering.

War is obviously horrible for your health. Collateral damage (the unintentional “side-­‐ effects” of conflict on civilians when war is conducted according to the rules) is bad enough, but how do you capture what happens when civilians are the object of attack, hospitals are intentionally destroyed, breadlines are deliberately bombed, doctors are targeted for detention and torture, schools are set on fire, and public health systems are shut down?

Last month, I went to Lebanon to launch a population-­‐level study of the long-­‐term impact of the abuses in Syria on civilian health—in other words, to measure some of this suffering, to demonstrate not just the direct effects on health at the moment of an abuse, but also the longitudinal effects of the sustained denial of medical care. I talked with the haves and the have-­‐nots, the registered and the unregistered, Syrians and Palestinians, Christians and Muslims, fighters, rebels, and civilians of all kinds.

They told me about violations of medical neutrality at every level – naming the hospitals, clinics and pharmacies destroyed, the clearly marked ambulances gunned down, the paramedics shot, the pharmacists and doctors tortured to death. And they told me about the impact on themselves and their families.

I saw children with asthma and allergies without their inhalers or epipens. A ten-­‐year-­‐ old with cerebral palsy but without his wheelchair or glasses, left behind in Rakka when the shelling started and his mother had to pick him up and run for their lives. Mothers without contraception with unplanned pregnancies. People living with epilepsy and schizophrenia, heart disease and hypertension but without access to either medication or the specialists who used to look after them. Too many stories from mothers who ”miscarried” at 5, 6, or 7 months after missile attacks; others whose babies were stillborn at 8 months or at term, or died after a few days or months. I played with smiling babies too – but also those with pertussis and pneumonia, giardia and rickets, unvaccinated and unprotected.

The widespread evidence of physical trauma is striking–the injuries and amputations, the disabilities, and disfigurements, hemiplegias and handicaps sustained by both children and adults. I saw men and children with paralyzed, useless hands, no longer able to write their name. Harmed and humiliated men who had lost not only their bodily function, but also their livelihoods, their ability to provide and protect their families.

The “field hospitals” that are often the only medical option in rebel-­‐held territory are nothing like a hospital, much more like a field. A tent between farms, a room in a basement, staffed not by orthopedic, plastic and neurosurgeons but by internists and nurses who can only stem the hemorrhage, stitch up the wounds and save the life of those injured, whether a 10-­‐year-­‐old girl with an arm severed by a missile during Eid, a rebel fighter, or a relief worker trying to evacuate families. There is no surgical expertise for more complex nerve re-­‐attachment, muscle repair or tendon transfer, let alone for the fixation of fractures or reconstructive surgery.

A spinal injury shouldn’t necessarily mean hemiplegia, a head injury shouldn’t have to result in loss of vision -­‐ yet imaging to see where the shrapnel is lodged, as well as the medical capacity to restore function or undertake reconstructive surgery, is pretty much available only for those who are allowed to enter government-­‐controlled hospitals. No pain medication is awful, but so is no antibiotics, because wounds become infected, yielding gangrene or septicemia.

To add injury to injury, the Syrian military also targets the field hospitals. For many sick and injured I interviewed, it was too dangerous even to attempt to reach these clinics. One mother has a 15-­‐year-­‐old in Damascus, who lost half his face to a shell, but he is unable to travel to Beirut for medical care because vans carrying the injured to Lebanon are targeted too. Another man told me about being targeted as he and 22 others were travelling to Beirut for the surgeries they needed that were unavailable in Syria. “I got out of the microvan for 2 minutes, for a cigarette… and watched a missile hit the van. All my friends were turned into dust. “

Beyond physical injuries, I was struck by the rise of infectious diseases that are reminiscent of 19th century Britain, which faced the same conditions as Syria today, albeit for different reasons. In both places, rapid urbanization, overcrowded living conditions, lack of sanitation and waste disposal (no toilets or trash collection), the use of child labor, and food insecurity led to a radical increase in infectious disease and infant mortality.

And yet in Syria we are seeing not only the usual suspects of typhoid and dysentery, but also leishmaniasis, an exceptionally nasty skin disease which, left untreated, leads to permanent facial scarring. It’s a disease of poverty—one I first encountered in Afghanistan and later in Somalia. Before the war there were fewer than 3000 cases in Syria, and there were some 250 treatment centers across the country. Now, as the sandflies responsible for spreading this condition breed out of control, as the trash piles up and sewage lines the streets, and with treatment centers long shut down, there are estimated to be more than 100,000 cases, and counting.

Syria used to have free public hospitals and manufactured all its own medications. There were all kinds of specialists and allied health services. Medications were both accessible and affordable—cheap, even: a month’s supply of anti-­‐hypertensive cost about $1 (now, if you can get it, it’s 15 times that). Before the war, virtually everyone had running water and trash collection. Now the hospitals are either destroyed or turned into centers for detention and torture, the pharmaceutical factories have been bombed, and doctors, pharmacists, paramedics and aid workers are targeted for detention and death.

No vaccination means outbreaks of measles, and no pharmacies mean people dying of hypertension and heart disease. Food insecurity leads to malnutrition, rickets, and increased vulnerability to infectious diseases. No contraception and no maternal health care lead to unplanned pregnancies at a time when antenatal and maternal health is denied. Without specialist surgeons, lacerations become loss of function, wounds become amputations.

As a pediatric intensivist, general practitioner, public health specialist, human rights researcher and aid worker, I have worked in enough dodgy places over the last two decades to have seen a broad range of ill-­‐health and inhumanity. I am fully aware that hospitals were attacked in Bosnia, doctors were killed in Cambodia, and aid workers have been targeted all over the world. But I have never encountered the scale on which medical neutrality is being violated in Syria.

This targeting of medical care has effectively become a weapon of mass destruction. It is a weapon that affects the entire population – and therefore fits nicely with Assad’s classic counter-­‐insurgency strategy of draining the sea (the civilian population) to get at the fish (the rebels). And it is a cruelly successful one, affecting all ages, individuals, and families. Just as the emergence of public health systems (clean water, waste collection and disposal, family planning and vaccines) has led to radical advances in our health, life-­‐expectancy, and standard of living, the destruction of healthcare and the erosion of preventive medicine are transforming Syria from a relatively well-­‐off country into one suffering the diseases of the poorest.

The first laws of war were written in the 19th century, for the express purpose of ensuring that the wounded and sick could receive medical aid in the midst of war, and that doctors could give it. Wars and weapons have changed since then, but the humanitarian imperative is as relevant today as it was then: civilians may not be targeted, the wounded and the sick must be cared for, and nothing that is vital to the lives of civilians may be destroyed – their access to food, clean water, shelter, medical care and public health. Doctors, pharmacists, nurses, first responders and every other kind of healthcare worker have the right not to be detained, tortured and killed. The laws of war are supposed to provide the ”humanitarian space” in which everyone can receive treatment, civilians and fighters alike, and doctors and relief workers, can give it. That space in Syria is closed.

Syria ratified the Geneva Conventions in 1957, yet over the past two years, the Syrian military has deliberately, comprehensively, systematically violated all these laws. Syrian refugees used to be “ordinary” civilians leading middle-­‐class lives. Now they look like damaged goods, living in cardboard boxes. School children have been transformed into streetkids and child laborers.

If we can’t stop the killing in Syria, let’s at least pry open the borders so that aid and medical care will flow freely into Syria, instead of refugees flowing out, and we might at least curtail the spiraling of Syria from a middle-­‐income country into one with the diseases of poverty. And as the world mobilizes to stop the Syrian military’s use of chemical weapons, let us also mobilize to stop its use of another weapon of mass destruction—the deliberate attacks on medical care.

Email this page
2018-11-24
Previous Post: Lasting peace between Israel and Palestine will require dialogue and efforts on both sides
Next Post: Speech by His Majesty the King of the Belgians at the State Banquet offered by Their Majesties the Emperor and the Empress of Japan