Berlin is the figurehead of the Germans in the world. The German capital is a magnet for tourists from all countries. This vital diversity is impressive. On the other hand, the economic development of Berlin has lagged behind in German-wide comparison since the 1990s. After the fall of the Wall and the German Reunification, expectations were very high. Berlin was to become one of the most important European metropolises. The reality is different. Unemployment is distinctively high; it is the highest in the comparison with the other federal states. “Berlin is always linked with becoming, never with being,” the theater critic Alfred Kerr described the city and its developments aptly. Berlin seems to be doomed, stated the writer Karl Scheffler at the beginning of the twentieth century, “to become and never to actually be.”

The division of the city after the Second World War led to the isolation of the regional economy. Numerous companies left Berlin and settled in West Germany. The Federal Republic of Germany and the GDR subsidized West and East Berlin. Both city-halves were display windows of politically opposing economic systems.

In a recent study by the German Institute for Economic Research (DIW), this is illustrated by the fact that the banks moved to Frankfurt am Main and the insurance companies mostly to Munich. Hamburg and Munich became the media centers of West-Germany, industrial companies went to Munich and Stuttgart and allowed these two cities to become centers of modern industrial society. During the division, the German capital was economically bleeding out. Berlin, one of the largest economic centers of Europe and the world at the beginning of the twentieth century, has regressed to highly populated but economically inconsiderable city in the heart of Europe.

Thus the hopes for a rapid economic rise after reunification were exaggerated. In the mid-1990s, many politicians and scientists were still assuming that Berlin would gain economic significance in Germany. The opposite was the case. Only since 2005 the Berlin economy has developed better than the German average.

Berlin, however, has extraordinary potential in the media industries: growing as a media location and fostering the development of business-related services on a technical basis through start-up companies in the IT sector are they key. A Berlin success story is the online mail-order business Zalando: The company already has several hundred employees at different locations in the German capital. The trend now is that many companies have been relocating to the capital or are expanding their business to Berlin, hence underlining the importance of the capital as a popular business location.

The health sector will gain increasingly more importance in Berlin: medical technology, biotechnology and pharmaceutical technology are research intensive industries with high value. Companies and start-ups from the German capital are highly competitive both nationally and internationally in those branches. Health services will continue to gain in importance as a result of demographic changes. With the Charité, the German capital has an impressive figurehead for the health sector, which is recognized world-wide.

Berlin can place itself at the top of these new technologies as well as in the field of renewable energies and energy-efficient renovation. The city has good preconditions to be perceived as the stage of the German economy for electro mobility.

All these changes show: Berlin was once the symbol of the division, now the city is the place where East and West Europe merge and intertwine. It seems as if the sleeping giant had awakened in the heart of Europe. Berlin’s rise to the world metropolis has begun.
——————

In 1984, Martin Pätzold has been born in Moscow as the son to a German foreign journalist and a native-born Armenian mother. Raised and grown up in the Berlin district Hohenschönhausen, he primarily went into politics through his voluntary office in sports. At the age of 18, he joined the Christian Democratic Union (CDU). After studying economics at the renowned Humboldt-University of Berlin, he earned a doctorate with his occupation on the historic change of the Berlin economy after the German Reunification.

Before he was elected through the CDU-party-ticket into the German Bundestag in 2013, Pätzold worked at big companies like the Deutsche Bank and the Axel-Springer plc. as well as in leading positions in the Berlin State Department for Social Affairs and Health. In the current legislative period, he brings his work experience into the Committee on Labour and Social Matters as well as into the Committee on Affairs of the European Union. Personally he wants to pick people from all cultural and social backgrounds along a way to a peaceful and just society. 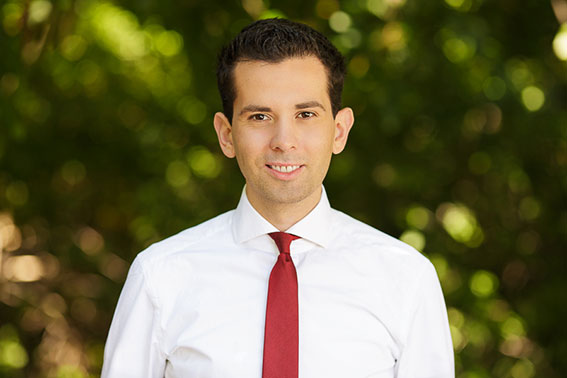 Email this page
2017-05-30
Previous Post: Digital Strategy 2025 – one year on
Next Post: Top-down attempts to impose a Leitkultur failed in the GDR too