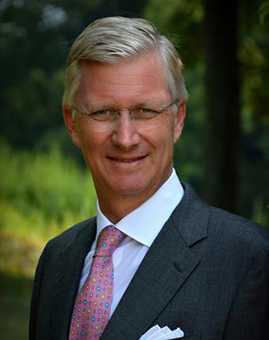 His Majesty Philippe, The King of the Belgians

Speech by His Majesty the King of the Belgians at the State Banquet offered by Their Majesties the Emperor and the Empress of Japan
Imperial Palace, 11 October 2016

The Queen and I would like to thank Your Majesties for Their welcome and for Your Majesty’s kind words. Since our arrival we have again been moved by the thoughtfulness and the gestures of hospitality extended to us.

Our presence here this evening is part of a long tradition of the respectful friendship between our families and our people. King Baudouin and Queen Fabiola were Your contemporaries and Your friends. Over the years, you have forged a close and sincerely affectionate relationship with them, which continues through us today.

Of course, I have fond memories of my previous trips, both official and private, through which I gradually came to discover Japan. My first visit was in 1985 in the company of King Baudouin. On other occasions, it was under the generous direction of Crown Prince Hiro, who introduced me to Japanese culture, and whom I am happy to meet again together with Princess Masako. During my trade missions, most recently in the company of Queen Mathilde just a year before my accession to the throne, I observed time and again the many productive synergies between our peoples.

This year marks the 150th anniversary of the signing of the Treaty of Friendship between our two countries. This is an important milestone for our modern states, even though our peoples have known and been inspired by each other since the late 16th century.

Belgium has naturally paid close attention to Japan and developed a special admiration for its refined civilisation and culture. Japanese creative expression has inspired many Belgian artists. It influenced the emergence of Art Nouveau. Its magnificent representations of nature gave particular momentum to the decorative arts. This fascination also motivated King Leopold II in 1901 when he decided to build the Japanese Tower in the park of the Royal Palace at Laeken. It explains the record number of visitors attracted to the Europalia Japan cultural festival in 1989, a record unbroken to this day. We are still fascinated today when faced with the expressiveness of your prints, the purity of your haikus and the inventiveness of your stage directors. Not to mention the virtuosity of your musicians who participate in the Queen Elisabeth Competition every year.

In the economic, commercial and academic field, our two countries have, for many years, successfully created genuine convergences. We are delighted and proud to be home to a large Japanese community that makes a significant contribution to the diversity and cultural wealth of our country.

For many Japanese and Belgian companies, our two countries have acted as bridgeheads in our respective regions. From the first ventures, we were captivated by the corporate culture so specific to Japanese society, which promotes balance between the collective interest and individual motivation. This group dynamic is an asset that must be preserved at a time when individualism is gaining ground.

Many times in its history, Japan has shown a unique ability to reconcile openness to modernity with respect for traditional values.  This ability, which is a tribute to you, expresses itself also through your faithfulness in friendship and commitment. It is all the more important today as we experience a time of rapid change and short term thinking.

Your society, like ours, is under pressure from globalisation and the continued emergence of new technologies. These bring as many promises for progress as risks of misuse. Your attachment to human values and your sense for the long term are beacons of stability and the best guarantee for sustainable development.

We still remember the dignity and courage of the Japanese people during the 2011 earthquake. We admire your ability to stand together, to rebuild together and to look to the future together.

You incarnate the many qualities of Japan to which I have briefly referred, while bearing the joys and sorrows of all Your people. From the bottom of our hearts, we pay tribute to You for the example of loyalty, wisdom and benevolence You give to your people and the rest of the world.

I invite you to raise your glasses to the health of Their Majesties the Emperor and Empress.