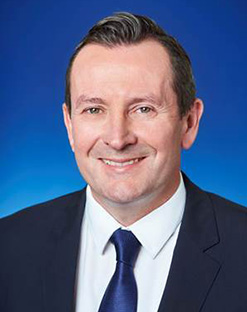 Take a break from driving, try a bus or train

A $1.25 million campaign aimed at attracting more people to the public transport network was unveiled today, encouraging motorists to take a break from driving and try the bus or train instead.

It aims to attract new and lapsed users to the award-winning network.

Though Transperth services are consistently well rated by existing passengers (about nine in 10 regular users say they are either very satisfied or satisfied with their journeys), patronage was falling on the Transperth network.

Recent data shows the decline in public transport use that started in 2013 has been reversed under the McGowan Government, with 2018 experiencing a 0.74 per cent increase in overall patronage. However, the figures are still lower than the State Government would like.

Transperth’s own research has shown there are many myths about public transport that are busted once people use the service.

More than 2,200 people were surveyed by Transperth on their public transport use, and about 70 per cent said limited or expensive parking was their main motivator for using public transport.

In addition to the advertising campaign, the State Government is working to make public transport even easier by developing a new Transperth app and upgrading the SmartRider system to potentially enable debit card and smartphone tag-on capabilities from 2021.

To view the new campaign, which will air from February 3 (2019), visit https://www.transperth.wa.gov.au/using-transperth

“Prior to 2013, total patronage on our network had nine years of consecutive growth.

“Since then, the ongoing decline in public transport use across our suburbs has meant more cars are on our roads.

“Cars are crucial to the lives of so many Western Australians – and that is why we are investing a record amount into the upgrade of our road network.

“However our public transport system is of a high quality and with a host of new METRONET projects underway, public transport is going to be an even bigger player as our city continues to evolve.

“METRONET will transform public transport across our suburbs, connecting people to jobs, entertainment and services.

“I’d encourage anyone who hasn’t used Transperth services in a while to consider how they can make their own journeys easier using our existing services.”

“This campaign is about encouraging people to give buses or trains a go when a car doesn’t stack up – getting to congested special events, heading to work during peak hours or making the trip into the city for Friday drinks.

“We all know Perth people love their cars but there are times when driving can be frustrating.

“In 2018, we finally saw an end to the decline in Transperth patronage but we still have a way to go to get back to previous levels.

“This campaign investment was an election commitment, and is about getting people back on board public transport and to help increase fare revenue back to the State.

“Public transport services to Optus Stadium in particular have been a resounding success, with nine in 10 passengers satisfied with the service they’ve had on Transperth.

“Many of these passengers may not have used public transport since they were in school, and I’ve spoken to plenty of people who are pleasantly surprised at just how modern, efficient and safe today’s network is.”