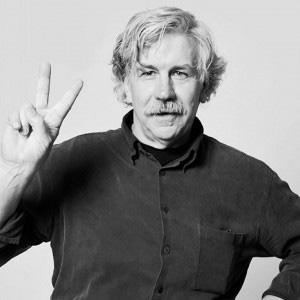 “A hushed hundred million years from now, all that we consider to be the great works of man – the sculptures and the libraries, the monuments and the museums, the cities and the factories – will all be compressed into a layer of sediment not much thicker than a cigarette paper?”

Two fruit flies hover around our compost bucket, normal in summer, but we are now into December, mid winter in Canada, and I have never before seen fruit flies after October. A little Anna’s hummingbird darts around the rose bush, all ablaze in pink roses. Global warming signs? Maybe: A neighbour recently found a flying fish (Cheilopogon papilio) washed up on the beach. We don’t generally see flying fish on Canadian beaches, and this species is rarely seen North of 26°N. We’re above 50°N. Meanwhile, naturalists identified two Tropical Kingbirds (Tyrannus melancholicus) on Canada’s west coast this winter, a species common in South America and rarely seen above 30°N.

Earth’s climate and biosphere are now transforming faster than at any time in the last 65 million years. Global heating from our carbon emissions is just one of the more obvious changes, along with species loss, disappearing forests, drying lakes, and growing deserts.

All of this has led some geologists and ecologists to claim that Earth is now entering a new geological “epoch”, linked to human activity, and therefore referred to as the “Anthropocene”: the epoch of human influence in Earth’s geology, biology, and climate. Other geologists and ecologists claim that the new designation provides another example of human arrogance. This sort of scientific debate may seem trivial, but language can shape culture and this particular discussion reveals some critical questions about humanity and ecology.

The Anthropocene is born

Some ancient creation myths — in East Asia and the Western Hemisphere, for example — imagined long Earth eras prior to human habitation but European science, even in the 17th century, could not yet imagine the epic time span of Earth’s history, as geologists clung to the Biblical “Genesis” for an accounting of Earth’s age.

However, geologists investigating sediment layers in the 18th century began to realise that the timescale could reach billions of years. The top layer of soil, called “quaternary” or “fourth” layer, appeared about two million years old; the deeper “tertiary” formations were about 63 million years old; the deep “secondary” formations 186 million years, and the “primary” bedrock that reached back to Earth’s beginning appeared more than four billion years old. By the mid 19th century, geologists had subdivided these divisions into shorter periods and later divided the periods into roughly equal epochs, defined by distinct changes in the geological and fossil record within the layers of rock.

Our modern “Cenozoic” (“recent life”) era, dating back to the asteroid that ended the dinosaur era, contains three periods: the Paleogene (66-23 million years ago), the Neogene (23-2.6 mya), and the modern Quantenary (2.6m-present day), the top layer of young soil and rock. These periods are further divided into eight epochs. The early epochs — the time of early mammals, primates and first hominids — are each 10-22 million years long. The later Pliocene epoch— the time of uplifting Alps, wooly mammoths and early human tool makers — is only 2.7 million years long. The Pleistocene, the time of ice ages and fire-making humans, is 2.6 million years and the most recent Holocene, since the end of the last glaciation, is a mere 11,700 years, just a baby in the world of geological epochs.

In 1864, ecologist G.P. Marsh recognised that humanity had become “ a disturbing agent”, upsetting “the harmonies of nature”. In 1873, Italian geologist Antonio Stoppani called human activity a “new telluric force … compared to the greater forces of Earth” and first introduced the idea of an “anthropozoic era.” A century later, American biologist Eugene Stoermer first used the term “Anthropocene” to describe this epoch of human impact on Earth.

In 2000, at a climate conference in Cuernavaca, Mexico, Nobel laureate Paul Crutzen urged the delegates: “Stop using the word Holocene. We’re not in the Holocene any more. We’re in the Anthropocene!” Crutzen and Stoermer then collaborated on an article for the Global Change Newsletter, proposing that geologists “emphasise the central role of mankind in geology and ecology by proposing to use the term ‘anthropocene’ for the current geological epoch.”

Other ecologists and stratigraphic geologists have baulked at the notion, pointing out that stratigraphy has no tradition of naming geological epochs for their cause, but rather by their effects. We don’t characterise the Palaeocene by the asteroid that wiped out the dinosaurs, but rather by the thin layer of dust and the species that filled the vacant ecological niches, such as birds and early mammals.

We don’t yet know the full effect of human-caused changes to Earth’s systems, and the entire holocene and “anthropocene” may simply turn out to be the end of the pleistocene period, a short, warm few thousand years, in which primates dominated, changed the atmosphere and left behind a thin layer of plastics and other chemicals, followed by a new period of several million years, characterised by a new regime of plants, animals and geological shifts.

Another complaint about “anthropocene” is that the human impact on Earth, as dramatic as it may appear to us, does not nearly approach this scale of epoch-defining geological upheaval. During the Eocene, the 22-million-year period ending 34 million years ago, for example, India collided with Asia, creating the Himalayan Mountains. Geologists Stanley Finney and Lucy Edwards wrote in a paper for the Geological Society of America: “The stratigraphic record of the Anthropocene is minimal.” They suggested the idea may be “political rather than scientific”.

Such questions are being debated now in the halls of science, but there are deeper problems with presuming we are in an “anthropocene”, problems related, not with runaway warming but with runaway human arrogance.

In the Crutzen-Stoermer proposal for the new ‘human” epoch, they presume this age will be overseen by “the research and engineering community to guide mankind towards global, sustainable, environmental management.”

This sort of idea has grown popular in recent years, the notion that we are going to engineer and manage Earth’s ecological systems in a kind of green-industrial renaissance. These hopes vastly exaggerate human ability. Our actual track record in “managing” ecosystems —going back 10,000 years — remains dismal. Managed timber lots are not forests; they become monoculture tree farms. Industrial agriculture mines nutrients from fast-depleted soils. The long-promised “carbon capture” technologies — which the IPCC claims are going to save us from global heating — have yet to arrive. The nuclear industry still has not figured out how to store spent radioactive fuels. Electric cars and windmills have not reduced human carbon emissions. “Efficiency” does not save resources and computers do not make us more sustainable. Greenpeace estimates that a single Apple data centre, for example, consumes as much power as 250,000 European homes.

The “green” renaissance became a fraud because we failed to do the one thing nature demands of a species that overshoots its habitat’s capacity: we have failed to reduce our consumption. We have failed to recognise that nature imposes limits.

Furthermore, the impacts of human activity are, themselves, self-limiting. Global heating, population growth, toxic waste, soil loss and so forth act in systemic concert to impose even harsher limits on human enterprise.

Conjuring an “anthropocene” managed by human engineers exposes small, myopic thinking and fails to appreciate the complexity and timescale of natural systems. Bacteria dominated life on Earth for two billion years and caused the first great extinction by filling the atmosphere with oxygen, but we don’t name any time period or epoch after bacteria. “We are trying” says Brad Allenby, at Arizona State University, “to tie geologic time to a windstorm.”

In Nature journal, Australian Clive Hamilton, warns us to be aware of this arrogance: “The new geological epoch does not concern soils, the landscape or the environment, except inasmuch as they are changed as part of a massive shock to the functioning of Earth as a whole.”

Elizabeth Kolbert (in the quote above) and others have noted: in 50 to 100 million years, the human impact on Earth will likely appear as a thin sediment layer of trash, rare earth metals, hydrocarbon chemicals, iron and a massive plant and animal diversity loss, likely followed by a flourishing of new life forms.

These are humbling thoughts, but humility feels like precisely the quality humankind needs to soften its impact and discover how to live in a place without destroying it.

Email this page
2019-01-27
Previous Post: Speech by her Majesty The Queen – Celebration of the 20th anniversary of “Breast International Group” (BIG)
Next Post: Address at the Gavi Pledging Conference in Berlin, Germany