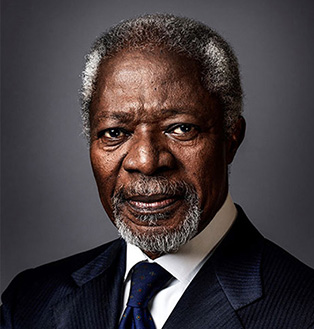 Mr. President, Excellences, distinguished guests, ladies and gentlemen, it is a privilege to speak to you today on one of the most important issues of our time: the relationship between religion, pluralism, and democracy.

Let me say at the outset that I believe that religion, pluralism and democracy are not incompatible. To the contrary, I believe that that they should be mutually reinforcing foundations of healthy, stable, and prosperous societies.

From the dawn of time, and at the four corners of the earth, religion and faith have provided humanity with ethical codes and spiritual guidance and comfort. At its best, religion has been a driving force for personal and social progress. Even in secular states, religious norms have inspired many of their laws and customs. But we cannot deny that religions have also often been instrumentalised to exclude, to persecute and even to kill “the other”, whether an external enemy or a close neighbour.

In our increasingly diverse societies, the only way to avoid conflict and ensure that all believers, whatever their faith, are able to practice freely is by ensuring that religion is tempered by the principle of pluralism. The Global Centre for Pluralism- which was established by His Highness the Aga Khan and the government of Canada, and of which I am a board member- defines pluralism as a concept which not only respects diversity, but actually values and celebrates it because of its recognized benefits to society.

In her acclaimed study on the decline and fall of history’s dominant empires, the Yale University professor, Amy Chua, reveals that the most successful empires in world history, from Ancient Persia and Rome to the Tang Empire in China, were based on pragmatic pluralism. Pluralism allowed them to successfully integrate a wide variety of peoples into their systems, and then draw on their manifold talents and knowledge to defend and expand their empires because they all had a stake in them. Their downfall, she argues, stemmed from their embrace of intolerant and exclusionary attitudes. Democracy is the system best suited to securing and sustaining pluralism in today’s world. True democracy enshrines the rights and liberties of all individuals in law and institutions, regardless of race, gender, or religion, and gives everyone a voice. I could not think of a better country in which to deliver this message than Indonesia, whose national motto is “Bhinneka Tunggal Ika” or Unity in Diversity.

This great country made up of roughly 300 ethnic groups and more than 700 languages, and many faiths, spread out across a vast archipelago is a heartening confirmation that pluralism can work. Speaking here in Bali, whose unique heritage and traditions make it one of the world’s most prized destinations, only highlights the benefits that diversity can bring to a country. Yet in too many parts of the world today, that mutually reinforcing and beneficial diversity is under threat.

Globalization, while integrating the world’s economies, societies and people more than ever, and creating unprecedented wealth across the globe, is also generating a backlash because the benefits are not fairly shared and the gap between the rich and the poor has widened. The losers of globalization- encouraged by populist politicians – are retreating into primal identities, some real, some imagined, as bulwarks against uncertainty and fear. Around the world, groups or movements are trying to reject the ties that bind all of us across religious, national, racial, and class divides. Populist and xenophobic movements are demonizing migrants and other minorities in the name of protecting their own identities, often based on some notion of ethnic and or religious purity. Even more brutally, religious extremists are denying humanity not only to those of different faiths, but even to those of their own faith who do not share their convictions. Diversity is increasingly being portrayed as a threat that undermines our societies, rather than an asset that can benefit us all.

Unfortunately, the democratic institutions that are best placed to counter these forces are also being challenged. Confidence in these institutions is declining, and not just in new democracies. Party membership, voter participation and trust in politicians are declining in old and well-established democracies too. There is a feeling that democracy is being hollowed out and that its institutions and processes are not functioning properly, or in the interest of the people from whom power is derived. In many countries, we see democratically-elected leaders becoming increasingly authoritarian and stretching their stay in power indefinitely. If citizens do not believe they can change their leaders through the ballot box- the accepted mechanism for peaceful and democratic rotation of leadership- they will find other ways, even at the risk of destabilising their countries. These trends are undermining our faith in each other and in our institutions. That is why my Foundation is emphasising the legitimacy of democracy through elections with integrity.

Elections with integrity are not only free and fair but ensure legitimacy for the winner and security for the loser. As I have often said, the problem is not the faith but the faithful. Religion can be harnessed for the good, but also misused. We must stress the basic values that are common to all religions: compassion; solidarity and respect for the human person. At the same time, we need to get away from stereotypes, generalizations and preconceptions, and take care not to let crimes committed by individuals, or small groups, dictate our image of an entire people, an entire region, or an entire religion. We must also avoid the trap set by extremists of limiting human beings to one identity. We all have multiple identities which enrich us as individuals.

While we may differ, we can share a common love of our families, or our national heritage and our faith. We must accept that what we have in common far exceeds that which divides us, and we don’t have to hate the “other” to love who we are. And we must fight to revitalise democracy itself, because sustaining diversity in a peaceful and productive manner is only possible in a democratic system of government.

To paraphrase Winston Churchill, democracy is the worst form of government ever invented, except for all the others. But we cannot take democracy for granted. Recent elections in a number of countries have shown us democracy is a fragile flower.However, those elections have obliged mainstream leaders to recognize that the material benefits of globalization have not been evenly shared and many have been left behind or fallen through the safety net. They show too why voting matters. Many of the populists’ most rabid critics do not vote, and then express surprise and dismay when they win. But democracy is not just about elections, rather, democracy is first and foremost about laws and institutions that guarantee the rights of its citizens, and respects, even protects, religious freedom. Plural societies, however, often prove hard to govern because of their diversity. As Indonesia knows, successful governance in such societies requires inclusive leadership, to build and sustain trust across communities over time. We must also recognize there is no one-size-fits-all approach to this task.

The way ahead is difficult but the future demands that we rise to the challenge. This will require leadership from all regions of the globe, and all parts of society. Politics is too important to be left to politicians alone: religious leaders; business leaders; civil society organizations; and ordinary citizens must demonstrate their commitment to the morals of their faith and the values of democratic pluralism.

Ladies and Gentlemen, no one is born a good democrat and no one is born a good citizen. It was an Indonesian, Alwi Shihab, who noted that democracy is a habit we need to cultivate. Mutual respect and tolerance have to be fostered and passed on to each successive generation. We have to learn from each other, making our different traditions and cultures a source of harmony and strength, not discord and weakness. Only by learning from each other can we build a global community based on those core truths that every religion teaches us: respect and love for all humanity, because we are all the children of God.