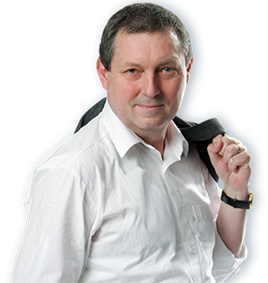 Predications about the future of robotics vary a great deal. The European Commission, for example, is very optimistic. They have launched a special project called SPARC for research and innovation in robotics, and the European Commission has promised to invest circa 2.8 billion euro in this programme over the next 7 years, based on the idea that growth and job creation will go along with innovative scientific developments.

On the other hand, some studies warn that more than 20% of current jobs will sooner or later be endangered, if not directly replaced, by robots. Middle-class employees and workers without qualifications or specific skills, such as factory workers or drivers, are likely amongst those first affected. In later phases, well-educated people, even such as lawyers or doctors, could feel the impact of digitalization and artificial intelligence, with automated programmes for routine legal or medical analysis already starting to appear. Robots are cheaper and they make fewer ‘mistakes’ than humans based on a given set of inputs. More sophisticated pattern-recognition still eludes robotic designers, but given more time, the limits of what can be achieved may expand enormously.

One cannot deny that today, nearly 100 years after the word ‘robot’ first appeared in a 1921 science-fiction novel by Czech writer Karel Čapek, robotics has clear potential to significantly address major concerns which affect us all, such as climate change, sustainable transport, affordable renewable energy, food safety and security, and coping with an ageing population.

Nevertheless, what I am mostly concerned about is the loss of jobs and income for working people, the key aspect of our entire economy. One question that politicians on the EU level should be discussing now is what kind of education is needed to stay ahead of automation, and to complement technology. Previous changes in the nature of work all required massive policy shifts in education, and we are facing the same situation today.

But what makes the robotics revolution different from previous industrial revolutions, is that it is not clear that there are enough ‘new jobs’ in another sector, to replace jobs lost to robotics, in the way that industrial jobs replaced agricultural work, or the service sector was able to expand on a rising base of industrial productivity. We may need to look at entirely new ways of organizing labour, jobs, and family incomes, including shorter work-weeks with more people employed, and guarantees of minimum income as the EU has begun to consider.

For me the priority is clear. We have to do everything possible to preserve jobs for people, as well as to address concerns regarding security, safety and privacy. It is a clear challenge, and there is a lot of work ahead of us.